Our first instinct is to doubt that miracles occur because it is beyond the scope of what we perceive as normal. For this article, I spoke to 7 Nigerians who shared with me the weirdest and most interesting miracles they ever experienced.

In 2018, my mother’s church had a fasting and prayer program, so we were all attending. On a certain day, the guest minister who came was praying for the sick. I was not ‘sick’, but I’d had something stuck in one of my molars since the Christmas before, and it often caused me a lot of pain and discomfort. So, while the guest minister was praying that people will get healed, I felt something pop in my mouth, and whatever got stuck in my molar fell out. I didn’t see anything physical, but I used to feel it with my tongue before and suddenly it was no longer there. The pain too was gone. All at that moment. It was the most spiritual service I’d ever attended.

One time in the university, I was shit broke and I really really needed a fix. It was so bad I couldn’t even afford the N150 transport fare to the main campus. I didn’t know what else to do so I prayed to God about it. Later that evening, I got a credit alert from an unknown person. N20k. ATM transfer. I left it in my account for that day and the next, to see what would happen, and to give whoever sent it a chance to figure out the mistake they made. That never happened, and till date, I still don’t know who sent that money. But it came through at a time I needed it the most, and that money did a LOT for me.

When I was a teenager in the early 2000s, my mum took my sister and I to an outdoor Novena mass at St Agnes in Maryland. For those who don’t know, a Novena mass is a sort of service performed in honour of Mary, the mother of Jesus. It was late in the evening and we were doing some long Catholic procession. I was bored out of my mind. All of a sudden, people started exclaiming and pointing at the sun. We could all look directly at it, and there it was! Bobbing and spinning on the spot and changing colour — from blue to orange to red to gold — right there in the sky.

This happened 15 – 20 years ago and I still don’t know what it meant, but it stuck with me. There are other documented instances of this happening around the world, usually to Catholics. If you search ‘Miracle of the Sun’, you’ll see a lot more. Now, as an adult, I have done some research and it’s not something that has a specific scientific explanation. These events have sometimes been dismissed as mass hysteria or a rare, unexplained metrological occurrence, but I know what I saw with my own two eyes.

Sometime in 2017, my dad traveled to our village for a family event with his aunt and one of my cousins. On their way back to Lagos, it began to rain and their car broke down. They started to panic because nighttime was approaching and there was the fear of hoodlums attacking them while they were trying to fix the car.

Out of nowhere, a car pulled over, and this man who was dressed in white stepped out of it. It was still raining, and another bus had broken down at the same time as my dad’s car. This man in white inspected both vehicles, and while my dad was trying to change the tyre, this man offered to help him fix it. He knelt down on the wet soil in his white outfit and began to change the tyre while my dad stood back. When he was done, my dad asked my cousin to pass the man a bottle of water to wash his hands, but there was no dirt at all on his hands. When he stood up, his white was spotless, while my dad’s palms were all muddied up. The man fixed the car and told my dad to drive behind him. The moment my dad got back to the car, his aunt told him to increase his speed and get away from the strange man. And as though the man heard what was said, he appeared beside my dad’s car and said, “I told you to follow me.” When they got to the Lagos boundary, the man waved my dad goodbye and they couldn’t trace his vehicle again.

As a child, I had severe chest pain. When we went to the hospital for an x-ray, they found nothing, so they did an echocardiogram and found out that I had holes in my heart. The solution was that I would be flown abroad for surgery. We prayed about it a lot and just before the surgery, we went for another test and they discovered that the holes were gone. Even the doctors couldn’t explain how it happened.

This happened when I was in secondary school. I attended a boarding school, one Friday during the unsupervised prep, I went to class and found a novel on the desk. My first instinct was to ‘quickly’ read it, but to do due diligence, I asked the people in class if they knew who dropped the book on my desk. No one knew, so I went straight to reading. While I was still reading, I left the class, went to several places, and in the process of going about, I finished the book. Later, when I returned to the class, I was told a senior had been looking for me. She turned out to be the owner of the book, and she wanted her book back.

And this was where the problem started. I did not know where I kept the book.

I went back to check the classes of every friend I’d stopped to see, walked round searching lockers of people I knew loved books too. I even checked the hostel area because I also went there at some point. Yet, I didn’t find the book. I think it’s safe to say that seniors are the main terrors of boarding school. Anyone who attended a boarding school knows this.

My own terror was waiting for me in class. She knew my class and name and that was enough to let me know that there was no escape from whatever punishment was coming my way. I just sat on the corridor beside a hostel and cried. That was when I remembered what my mum and brother often said about being able to talk to God about even the littlest things. So I closed my eyes and muttered a prayer. It wasn’t even a prayer of faith, it was a prayer to enable me go through whatever punishment was awaiting me. As I turned to leave for class, I noticed a book at the end of the corridor, lo and behold, it was the same book I was looking for. I’m not going to lie, I’ve never loved God more than I did at that moment.

When my mum was pregnant, she noticed that her stomach was unusually big for that stage of the pregnancy so she went for a scan. The scan revealed that she was carrying a baby and a life-threatening fibroid in her womb. If she wanted to live, the only solution was to do away with the baby. My mother is a nurse, so she knew this was the correct thing to do.

But she did not want to do away with the baby. So she launched into prayers. She told nobody, not even my father. She would wake up to find that she was bleeding, yet she never stopped praying. One day, a friend visited her and said, “I had a dream about you. In the dream, you were lying down on an operating table and angels were operating on you. They brought out two things from your stomach and there was an argument between the angels on which one to put back. They put back a baby, but I don’t know which one they took away before they closed you up.” 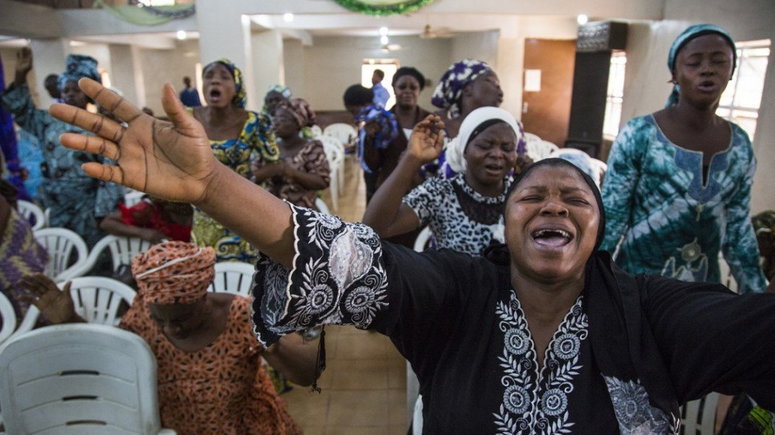 My mum started rejoicing after she heard that because she knew God had answered her prayers. Later, when she went for another scan, there was no more fibroid, just the baby.

I was the baby.

More than ever, people are turning to Zikoko for stories that matter and content they love. But still, we, like many media organisations, are feeling the financial heat of these times. If you find us valuable, please make a contribution to help keep Zikoko zikoko-ing.

Thank you for your support.

We are also cool with Crypto.