LONDON, Dec. 07, 2021 (GLOBE NEWSWIRE) — Mind Music is the world’s first record label powered by crypto that uses music to capture the world’s imagination and raise awareness around mental health. The project has announced a mega Mind Week which has a whopping 6-figure budget and plans to bring together a total of 6 mega events together. Mike Hamilton, a music composer and producer, founded the group after experiencing mental stress as a result of losing employment and engagements during the pandemic. Hamilton made the decision to work on his troubles and concentrate on developing his own music rather than organising music tours for others. He understood that it wasn’t just him who had lost his job and was struggling as a result of the coronavirus limitations, so he decided to use music to raise awareness about the situation. 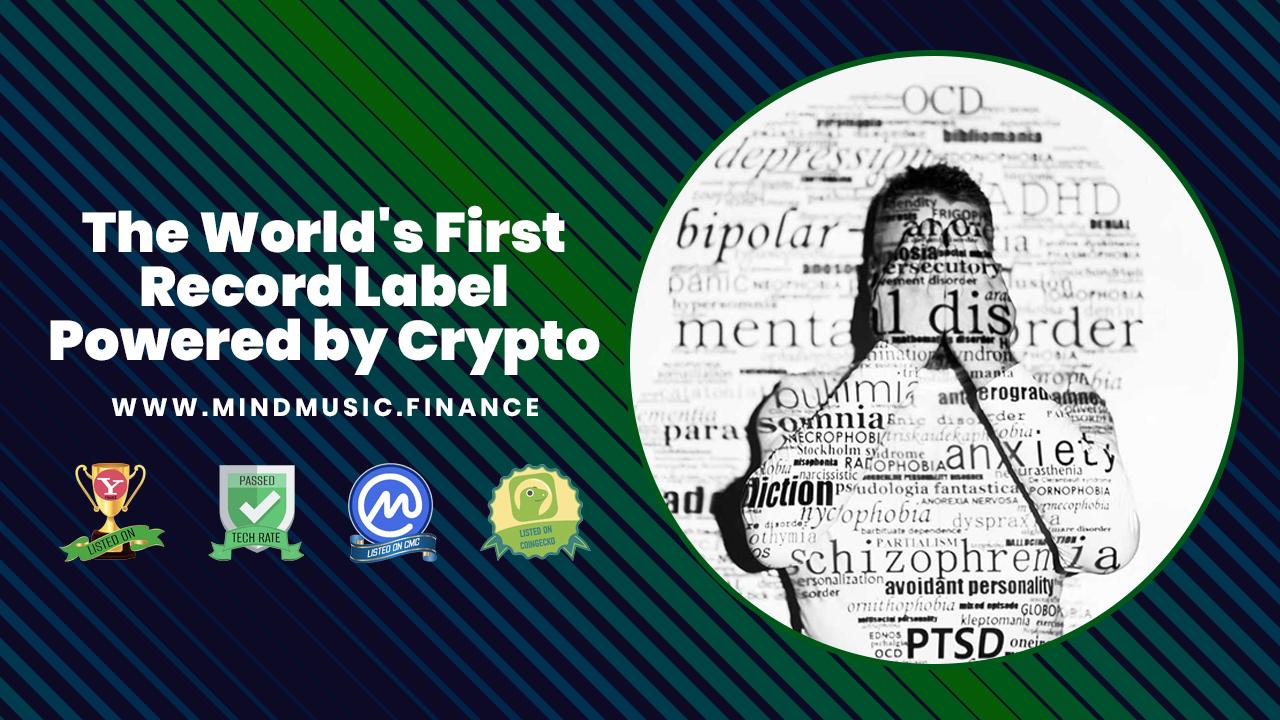 The first project from the team did a 40X valuation thus people should not miss this week and join the TELEGRAM channel to stay updated.

Mind Week was created to bring attention to the Mind Music project by combining a number of significant events in a row. The project will utilise the powers of both Mind Music and Baby Mind to draw EXTREME attention to the project and keep all eyes on it! There will be competitions, launches, surprises, and a strong sense of community throughout the week. Users can expect an AMA every night at 23:00 UTC during Mind Week, as well as frequent community raids and extensive promotion. Marketing will begin one week before Mind Week and continue for another week. The events during Mind Week have been meticulously organised with focus on precision and making it a memorable outing and raising awareness at the same time.

Millions of people experience poor mental health on a daily basis and Mind Music aims to bring the taboo subject to the mainstream as it plans to work with big international performers to raise global awareness. The project aims to #breakthestigma and bring people together for an enormously important, long needed conversation through their album releases. Mind Music will eventually become its own record label, releasing a series of albums to generate funds and awareness for mental health. So far, 13 tracks have been recorded for the debut project. To finish the initial release, MindMusic plans to record an additional 9-13 tracks. The remaining 20% of proceeds will be used to buy and burn Mind Music Token, with the remaining 80% going to suicide prevention and mental health charities.

Mind Music is relaunching, with an NFT collection, a new record label, and the release of their first single! This is going to be a massive undertaking! The first launch resulted in a 40-fold market cap. The most exciting aspect of Mind Week is that they will present the final phase of this project which would offer a roadmap to the upcoming series of development on the Mind Music platform. The schedule for Mind Week has been listed below,

The Final Part of the Trilogy Revealed

Mind Records is the record label launching and “HURT” is the name of the single being released. The project is hopeful of making a big deal that single is mixed by cenzo townshend and works with u2 rolling stones etc.

Mind Music’s primary goal is to help those suffering from depression and other types of mental illness. The project aims to show patients that they are not alone and provide hope through understanding by using the power of music to connect with them. It will give people a musical outlet so they can start their journey to a more stable mind. The recorded music industry is worth more than $20 billion. It intends to capture a little fraction of this market and help millions of individuals who are suffering.

Music has been utilised by organisations committed to mental health to bring young people together to discuss mental health and lessen the stigma associated with it. In 2018, digital music accounted for 50% of global revenue and 81 percent of the US music market, making it the primary driver of development in the music business as a whole. Mind Music aims to bank on that with its music albums and raise money through its sales that would go towards charity as well as strengthen tokenomics.

Each Mind Music Coin transaction is subject to a 4% transaction tax. The funds raised by this tax will be used to further the project’s development. It will cost roughly $40,000 to record, market, and adequately promote the debut album. Among the hundreds of new crypto projects that appear every day with no genuine use case and false claims of making traders wealthy in a short period of time, Mind Music token is a new Smart Chain-based initiative committed to raising awareness about mental health concerns.