VIYI Algorithms Will Merge with Venus at a $400 Million Valuation, and SPAC Is a Wall Street Craze

HONG KONG, Sept. 14, 2021 (GLOBE NEWSWIRE) — Recently, TickerWin, the leading market research firm, has released a research report “VIYI Algorithms will Merge with Venus at a $400 Million Valuation, and SPAC Is a Wall Street Craze”. So far this year, SPAC companies have raised more than $96.5 billion in less than three months, surpassing the $83.3 billion raised in 2020. SPAC fundraising for 2020 also saw explosive growth, with six times the amount raised the year before.

In 2020, SPAC companies will see explosive growth, and THE LISTING mode of SPAC has become the listing path of hot American stocks. 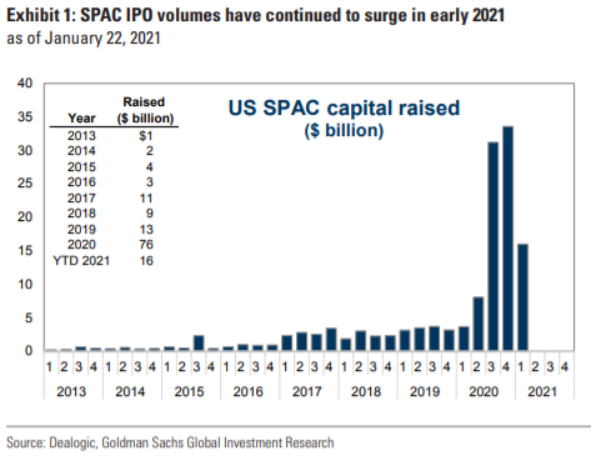 SPAC stands for Special purpose acquisition companies, also known as shell companies, blank check companies or zombie funds. They have no actual sales business, raising money through ipos and then finding targets within a certain period of time. With the merger of the SPAC and the target company completed, the target company can successfully go public without resorting to a traditional IPO.

Why the SPAC boom?

Another 265 SPAC companies are currently on the hunt for acquisition targets and have raised a combined $82 billion in IPOS, according to Goldman Sachs estimates. Under the 24-month timeline, they would need to complete an acquisition of another company in 2021 or 2022. If the ratio of SPAC equity capital to the value of the target companies is maintained at 1:5 last year, the total value of the SPAC’s future acquisitions will exceed $410 billion, or 12% of the total U.S. mergers and acquisitions over the past two years.

Last year saw a significant increase in the number of new energy vehicle-related companies going public, including Nikola, a hydrogen-powered truck maker, Velodyne LiDAR, an on-board LiDAR company, and Hyliion, a supplier of electrified powertrain solutions for commercial vehicles. Nikola’s shares rose as high as $93.99 on the fourth trading day of the deal, an eight-fold increase from SPAC’s offering price of $10.

VIYI Algo has announced that it will go public through a merger with SPAC Venus Acquisition Corporation. VIYI algorithms is valued at $400 million. Venus will be renamed MicroAlgo Inc. after the deal closes. The merger will be completed in the third quarter of 2021. It is reported that Viyi algorithm is one of the top five central processing algorithm services in China. By 2020, Viyi had captured 5 percent of the market for central processing algorithm services to the Internet advertising and online game acceleration industries, according to the CIC report.

Currently, VIYI is focused on developing and delivering central processing algorithm solutions to customers engaged in internet advertisement and gaming, and intelligent chips. Moreover, VIYI’s customer base is rapidly growing due to the increase in a general demand for more efficient data processing in various industries driven by the growing internet population and prevalence of AI. According to the CIC Report, revenue of central processing algorithm services derived from internet advertisement and online gaming alone has grown from RMB 2.2 billion in 2016 to RMB 6.9 billion in 2020, representing a CAGR of 32.7%. This market is expected to maintain a rapid growth trend, expanding at a CAGR of 15% during the period from 2020 to 2025 in terms of dollar value.

Goldman Sachs argues that the current low interest rate environment also contributed to the SPAC boom. Interest rates near zero make the SPAC a low opportunity cost for investors. SPAC promoters can earn a minimum return on their initial investment while they are looking for a company to acquire, and can choose to redeem their shares (with accrued interest) if they do not like the potential company.

TickerWin is a leading market research firm in Hong Kong. They have built a proprietary research platform in the financial markets. TickerWin focuses on emerging growth companies and paradigm shifting companies. TickerWin has a team of professionals with a proven track record in market research reports, industry analysis and financing trend analysis. For more information, please visit: https://tickerwin.com