Chun Doo-hwan, South Korean Dictator During The 1980s, Dies At 90 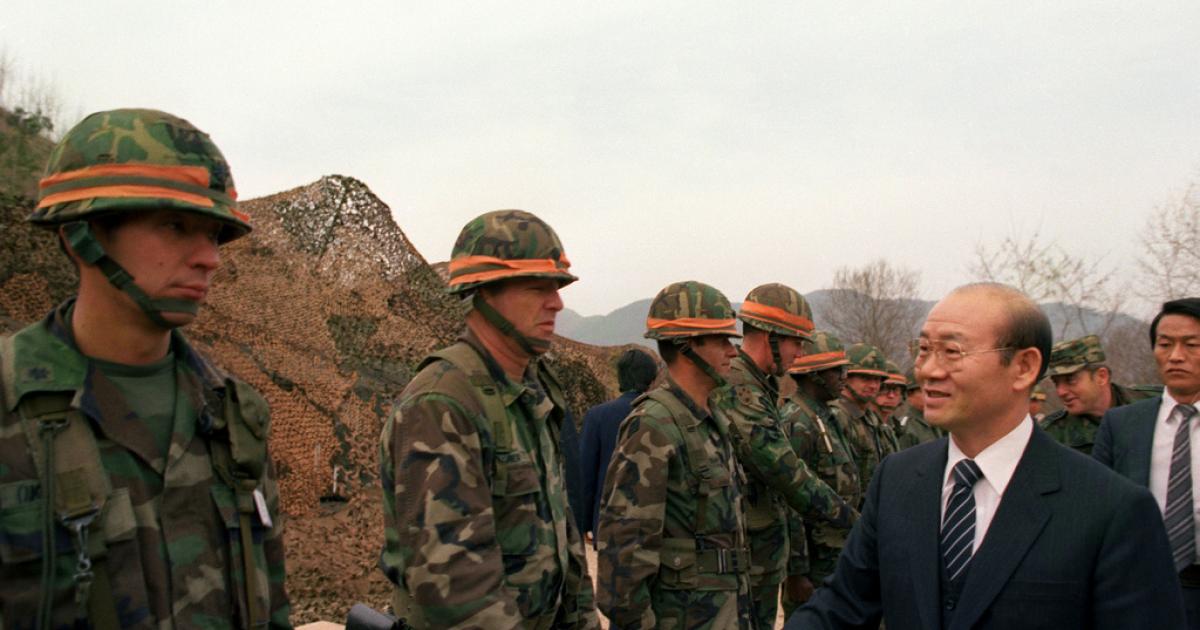 Chun Doo-hwan, who seized power in South Korea in a 1979 military coup and ruled the country as a dictator from 1980 to 1988, died on Tuesday morning at the age of 90 from complications related to multiple myeloma, a type of blood cancer.

The Rise To Power: Chun born in Hapcheon, South Gyeongsang Province, on March 6, 1931, when Korea was under Japanese colonial occupation. After graduating from the 11th Daegu Technical High School, he entered the Korea Military Academy in 1951 and was later trained in the U.S. in guerilla tactics and psychological warfare.

During the 1960s and 1970s, Chun rose through the ranks of Korea’s military and was the commander of the Defense Security Command in October 1979 when President Park Chung-hee was assassinated. Two months after Park’s death, Chun and several high-ranking military officers staged a coup and seized control of the government.

A Decade Of Terror And Growth: In May 1980, Chun put South Korea under martial law. A grassroots movement arose in the city of Gwangju to protest the military’s rule. Chun ordered the military to suppress what became known as the Gwangju Democratization Movement, resulting in a two-day massacre that left at least 200 people dead.

In August 1980, the ruling military junta named Chun as the nation’s president. The junta passed a new constitution in 1981 that limited the presidency to a single seven-year term, and Chun left office in 1988.

While Chun’s rule was burdened with human rights abuses and the erasure of political and press freedoms, it also saw the South Korean economy transition from a government-led growth strategy to a market-led one. Chun’s regime targeted inflation that that hobbled the nation for most of the 1970s, and by 1982 inflation was driven down to a single-digit level.

Within the country, the financial services industry was deregulated during the 1980s while the government stopped borrowing from overseas and began to concentrate on paying down its foreign debts. Trade was also deregulated, which gave South Korea a new prominence as an exporter.

In 1981, Chun submitted Seoul as a candidate to host the 1988 Summer Olympics. Despite concerns from human rights groups that choosing Seoul would legitimize Chun’s regime, the International Olympic Committee picked the South Korean capital to host the games over Nagoya, Japan. Chun had already left the presidency when the games were staged.

A Bitter Legacy: After leaving office, Chun retired and mostly disappeared from public view. In 1995, Chun and 14 others were arrested on conspiracy and insurrection charges. Chun was sentenced to death, which was commuted to a life sentence, and was fined $185 million. He received a presidential pardon in 1997.

Chun never apologized for the 1980 Gwangju massacre, and in March 2020 he went on trial for defaming a Roman Catholic priest who witnessed the massacre of Gwangju protestors by military forces flying helicopters over the city. Chun was sentenced to eight months in prison, which was suspended for two years while he appealed the verdict.

The Korean Herald reported the Ministry of Patriots and Veterans Affairs said Chun wouldn’t be buried in the National Cemetery because he was sentenced to prison for rebellion and the 1980 Gwangju massacre. There are no plans to hold a state funeral for him, nor does President Moon Jae-in plan to send an official wreath or message of condolence to Chun’s family.

“We pray for the repose of former President Chun Doo-hwan and give condolences to the bereaved family,” said presidential spokesman Park Kyung-mi. “It is regrettable that there is no sincere apology without revealing the truth of history.”