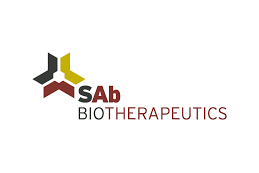 SAB Biotherapeutics SABS has completed an IND-enabling GLP-tox study for SAB-142, further progressing the therapeutic to prevent and/or delay onset and progression of type 1 diabetes (T1D) and potentially other T-cell mediated autoimmune diseases.

What Happened: The study assessed the toxicity and pharmacodynamic effects of SAB-142 at 1, 5, and 10 mg/kg doses against commercially available anti-thymocyte globulin at 5 mg/kg.

The candidate was well tolerated and showed a desired dose-dependent pharmacologic effect. SAB will submit the IND filing within approximately 12 months.

The depletion dynamics were more prolonged in the cohort with SAB-142 treatment.

In November, the company outlined data on SAB-185 for COVID-19 and SAB-176 for seasonal and pandemic influenza showing the candidates being effective against variants of several highly mutating viruses associated with the diseases.